When interviewing the founder of a company, enthusiasm and passion are often palpable. That’s likely because those attributes have been key to their success. But there’s a marked difference between someone who’s learned to bring the energy and someone who’s simply always had it.

Lili Yeo is the CEO and co-founder of goumi, a company that makes functional, sustainable apparel, blankets, sheets and more for children. The idea for better baby products born between two new mothers at a kitchen table many years ago just landed on Shark Tank last month. Undoubtedly, persistent pitching, good branding and smart strategy helped them earn what’s become a proverbial pinnacle of entrepreneurial spirit. But after speaking with Lili myself, I’m convinced it’s got a lot to do with Lili being Lili.

So why is a conservation and restoration organization writing about the founder of a children’s clothing brand? Because we’ve got people in our community who don’t fit the traditional mold of a river lover. And when we think about our own success and secret ingredients, that’s been one of ours.

Lili was introduced to The Freshwater Trust (TFT) through Women on Water (WOW), an initiative founded two years ago to introduce women CEOs and leaders to the organization and rivers. We recognized a dearth in opportunities for female camaraderie on the water and in response, developed some of our own. It’s not dissimilar to the way most things go around here. A problem is acknowledged. A solution is built to fix it.

How’d you end up in Portland?

I grew up in Iloilo City, Philippines. I moved here when I was nine with my younger brother and my mom because my mom’s brother lived here. Why we moved to the States is a whole other crazy long story. 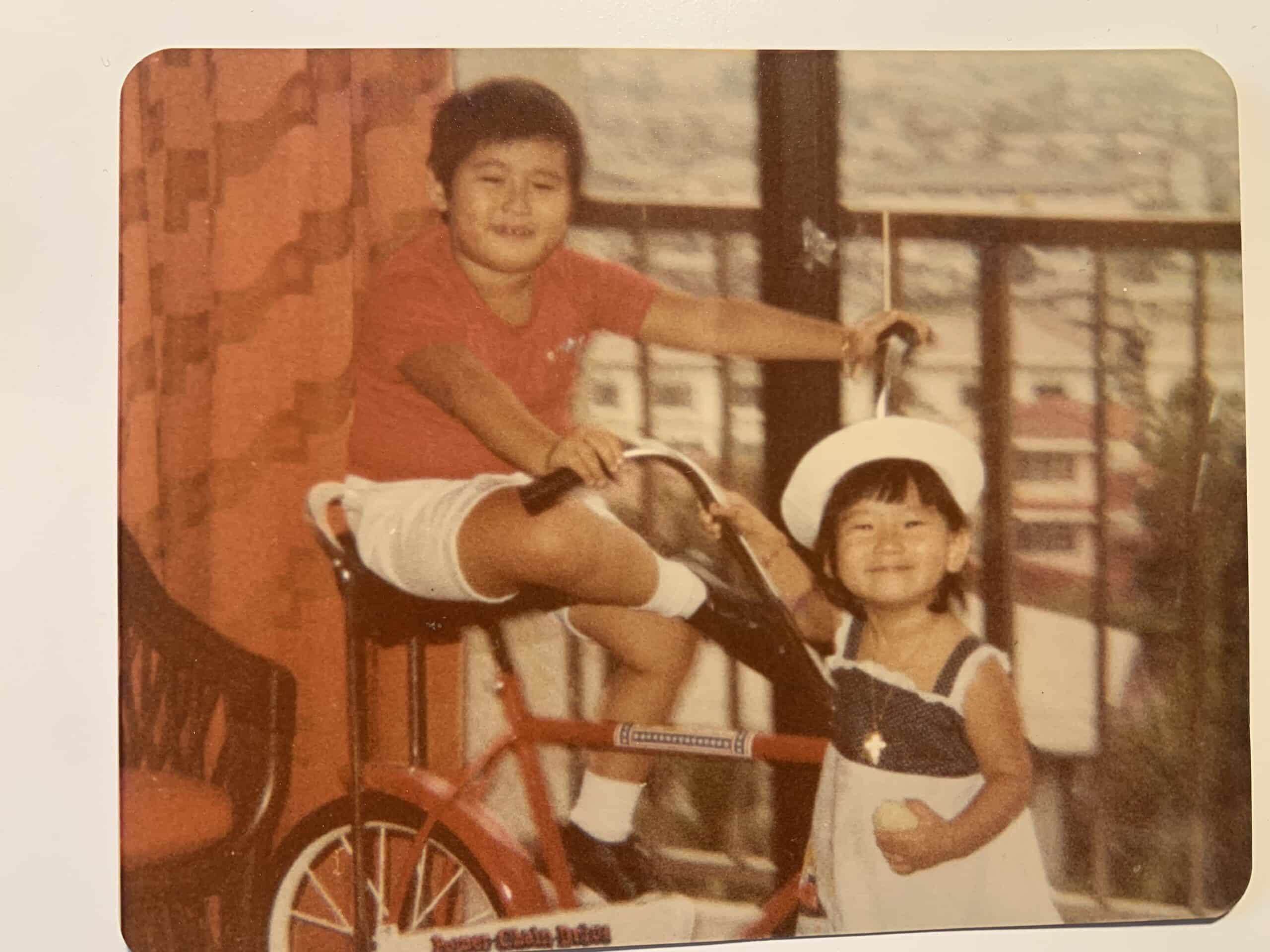 A childhood photo of Lili and her brother

Okay. Now I have to know.

Well, my dad is a first-born Chinese son, and I don’t know how much you know about Chinese culture, but that’s a big deal. It comes with a lot of expectations. Expectations including marrying a spouse who is also Chinese – which my mom wasn’t. After the wedding, my mom moved to my grandmother’s house, was spoken to in Chinese and was treated far from equal. Eventually, my mom realized that this was not a healthy future for us and made plans to leave, but not before she went through turmoil with the family and spent our entire life savings in the process. By the time we got to the States, we were so happy. I remember we spent the last $20 we had to our names on chocolate at PDX. We were so grateful to have survived that and to be building a new life. Honestly, I really know of nobody braver than my mother.

How’d you come to own goumi?

I spent my entire career in international marketing, with Nike, Hewlett Packard and Ziba. I’ve traveled the world doing it. But I got pregnant and went on maternity leave and always had the idea that I was going to get my nanny and work my 80-hour job. I think it was day two of being a mom when I looked at my daughter and said, “Why and how am I going to give up precious time at a job that I am uniquely qualified for?” There’s only one of her and one of me. No one else can do this job. So, I had that epiphany, but I also knew that staying at home full-time wasn’t an option. I needed other outlets for my energy. Trust me. I was doing regression analysis on my daughter’s sleep patterns.

Like a lot of great things, this idea came to us rather than searching for it. My baby had these baby mittens, and they were so poorly designed. It was the case with so many products. If it was pretty, it wasn’t functional. If it was functional, it wasn’t pretty. If it was good for the planet, it wasn’t either one. My friend and I knew we were the best moms when we were both professionals AND moms and that was when we decided we were going to do baby essentials right.

It started with baby mittens, and we’ve never looked back. It’s been a ten-year journey now, and we’ve expanded beyond the mitts to full apparel and bedding lines. We’ve had over one million units of product sold in 46 countries. Turns out the problems we were solving are more universal than we originally thought.

What was your first impression of WOW?

Well, I get this beautiful invite in the mail. There’s a lovely note, a dopp kit and a book about brave women pioneers. But I am deathly afraid of water. I don’t go rafting. But honestly, I kept thinking about my mom. My entire life, I have lived with an example of someone staring at fear and navigating through it. I have a really great hero to look at when it comes to my own acts of bravery. So then, I said yes. 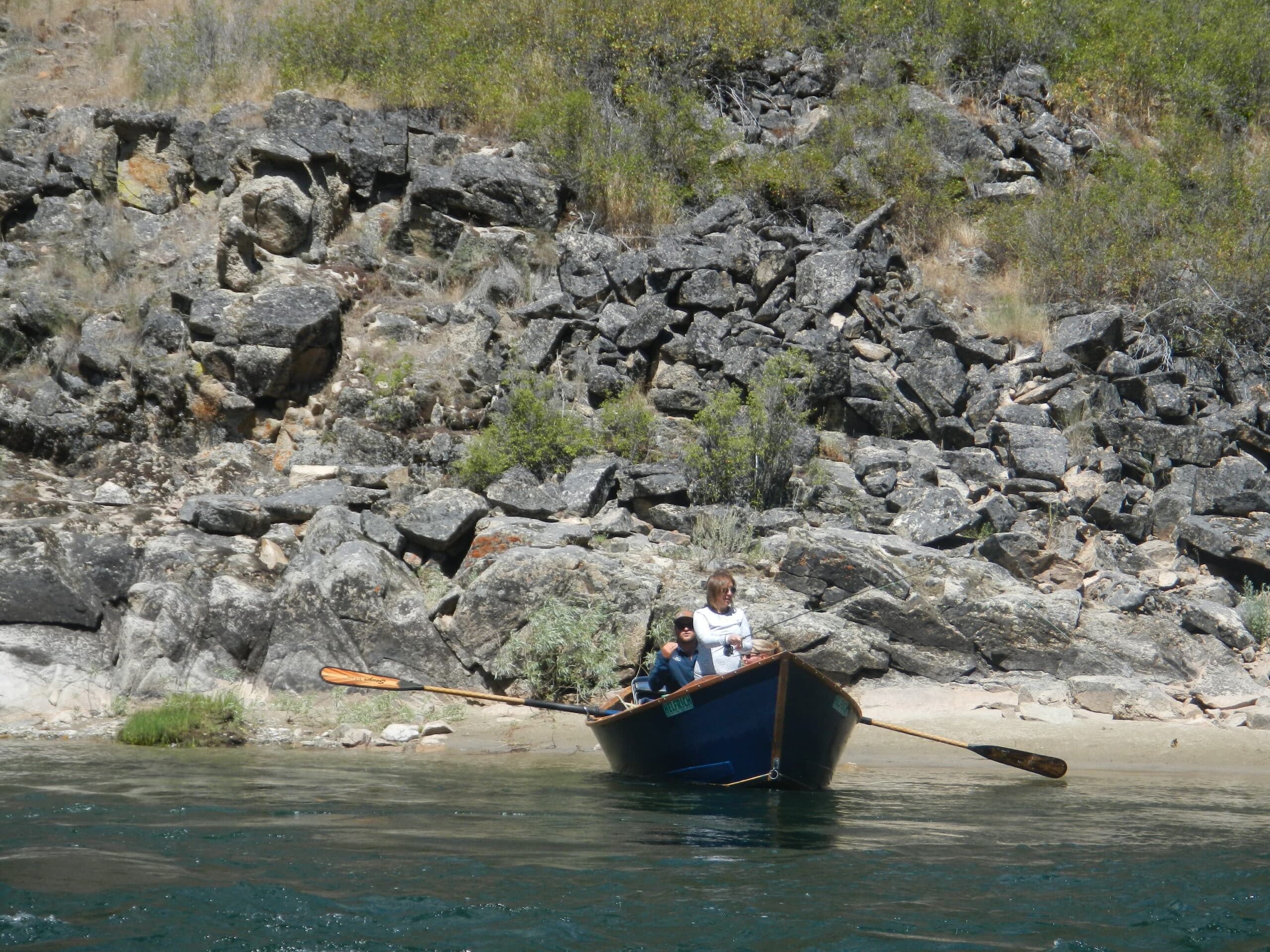 Lili fishing on the Middle Fork Salmon River in Idaho, as part of a WOW trip.

How was the experience?

Oh wow. Well, believe it or not, I did actually get dragged in the water, but so much of my phobia shifted from fear to awe. A lot of the things that we find awe-inspiring do carry a little fear. Things that we feel are too grand for us, scare us a little, and rivers did that for me. I have way more awe and admiration than I did for them previously.

What stands out to you about TFT?

As an archetype, TFT isn’t a James Bond. It’s an Everyday Hero. The work they do is often behind the scenes, increasing the efficiency and effectiveness of so much. And their work is always benefiting the greater good. There’s no better organization to support or be a part of than one whose work is going to benefit so many.

What are you doing right now to keep yourself sane?

Getting outside really grounds me. I can bellyache all day about my woes with the best of them, but when I keep my eyes off myself and onto the world around me, that’s when I can see how profoundly lucky I truly am. It’s easy to focus on ourselves and our own danger. That’s how we get into an echo chamber. You have to think about how shared of an experience this is and how that unites us.

Has COVID impacted you all?

Honestly, we felt a lot of the impacts of this very early because our factories are in China. Because of that, we were able to get our inventory and are now not having some of the same problems others are, fortunately. It was also a blessing that we didn’t know when we were going to get our air date for Shark Tank, but having that happen during this has made a huge difference. We are also working on masks with our fabric that should be available soon, and we’re excited to start to offer those. 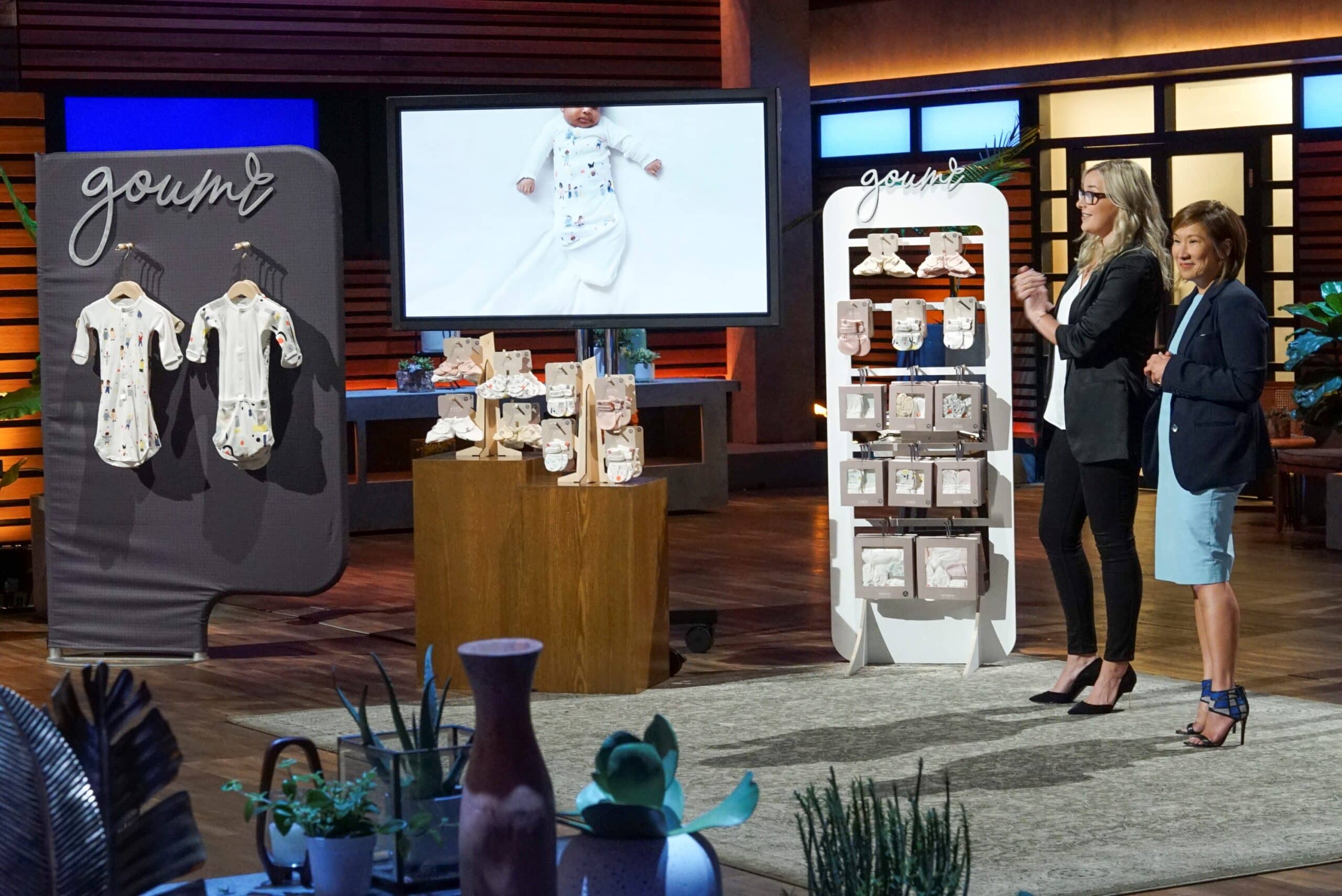 I feel like everyone with a little bit of an entrepreneurial spirit dreams of being on Shark Tank. What was it like?

It was so surreal and definitely one of those moments where you say, “Well. Maybe I’ll wake up.” I didn’t wake up! They do a really good job of tempering our expectations all the way through and making it clear how many steps there are. Going through each stage became a wonderful delight. They liked our video. Then, we were meeting producers. Then, we were filming. To get through that gauntlet gave us a ton of validation as a team.

What’s your business mantra? Something you live by.

Mom first. Entrepreneur second. No matter what, we are parents first. If my husband and I are bad parents, we have no business helping others be better parents.