A guide to frequent terms used by The Freshwater Trust

The act of protecting something from being altered.

Example: TFT partners with landowners to conserve water in rivers.

According to the U.S. Geological Survey, a strip of relatively flat and normally dry land alongside a stream, river or lake that is covered by water during a flood.

Example: Last year we developed two new tools. One of these tools helps assess the outcomes associated with restoring the land adjacent to a stream or river, also known as the floodplain.

A contract with a landowner, usually an agricultural producer, to be monetarily compensated by The Freshwater Trust for the gallons of water left in a river either all year round or during particularly hot times of the year, when fish need it the most.

Example: In 2017, through deals with landowners, 73,160 gallons per minute of leased water was reserved in Oregon’s streams for fish. This equals more than 32,000 football fields covered in one foot of water. 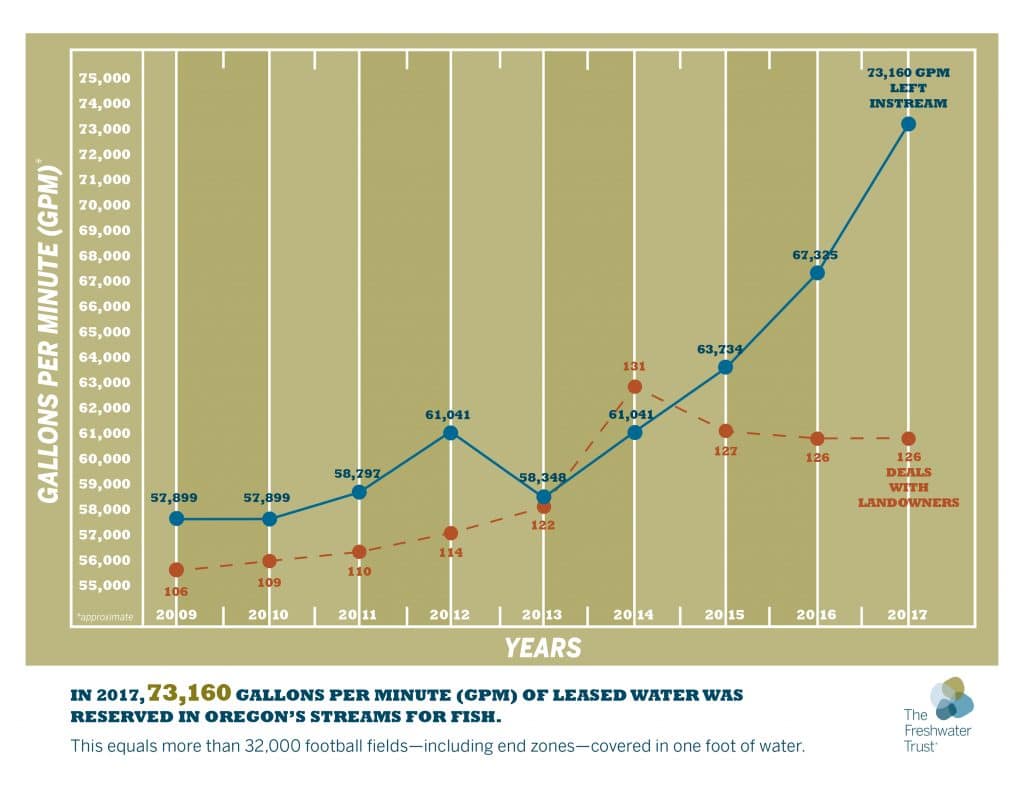 A kilocalorie represents the amount of energy required to raise the temperature of a liter of water by 1.0 degree Celsius.

Example: For our proposed program with Idaho Power Company, the streamside trees we plant must reduce the thermal load to the Middle Snake River by 15 billion kilocalories every day.

A structure built out of large wood pieces and usually keyed into the bank of a river. They’re often constructed to provide valuable spawning habitat for native fish, due to the way they slow water flow and create deep pools around them. Logjams are historically a naturally occurring feature of waterways. However, much of the large wood was removed from rivers in the Pacific Northwest for fear of it exacerbating flooding.

Example: In 2017, nearly 500 pieces of large wood were meticulously placed in key stretches of the Rogue and Salmon Rivers where fish will use them for refuge from predators and high flow events. A combination of felling trees and piloting a helicopter allowed us to maneuver the giants into just the right spots. Think “Lincoln Logs” but a little messier and on a bigger scale. 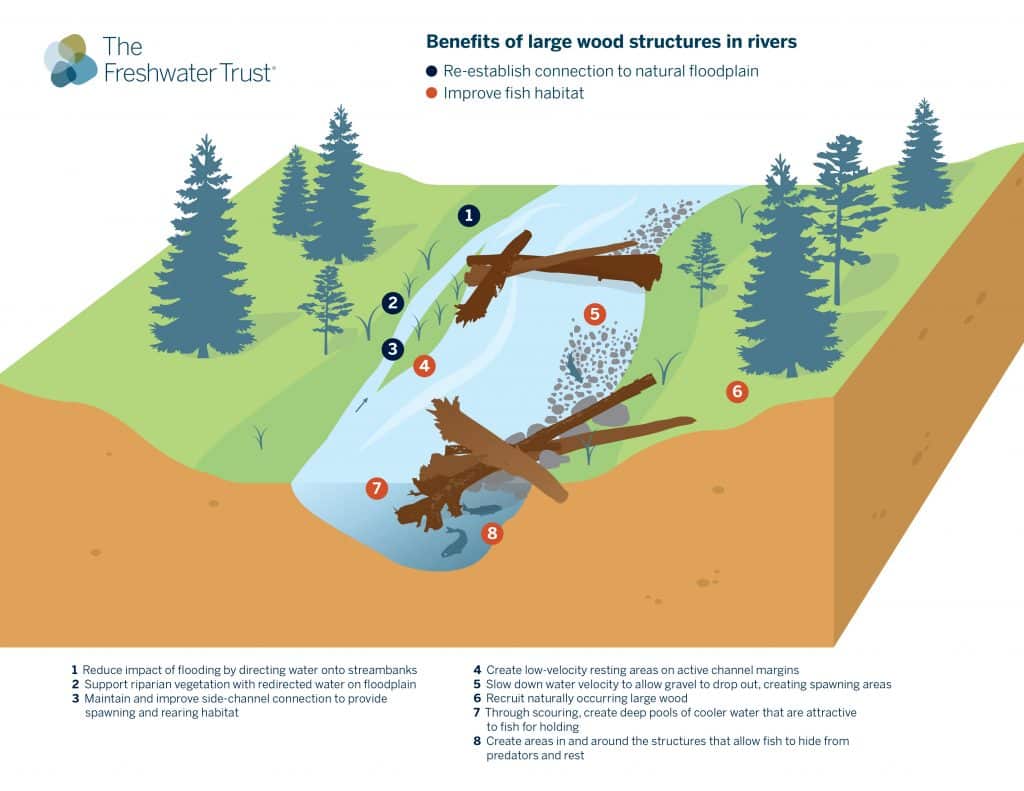 An approach using data and technology to ensure every restoration action taken translates to a positive outcome.

The act of returning something to a former state.

Example: TFT works to restore streambanks that have previously had all their native plants overrun with invasives or cleared for agriculture.

The space between land and a river. It’s often replaced by the word “streamside.”

Example: As part of its program with the City of Medford, The Freshwater Trust works with landowners to plant native trees and shrubs in the riparian zones of the Rogue River and its tributaries. These plants produce shade, helping to offset the warm water that’s discharged into the river by the wastewater treatment facility. 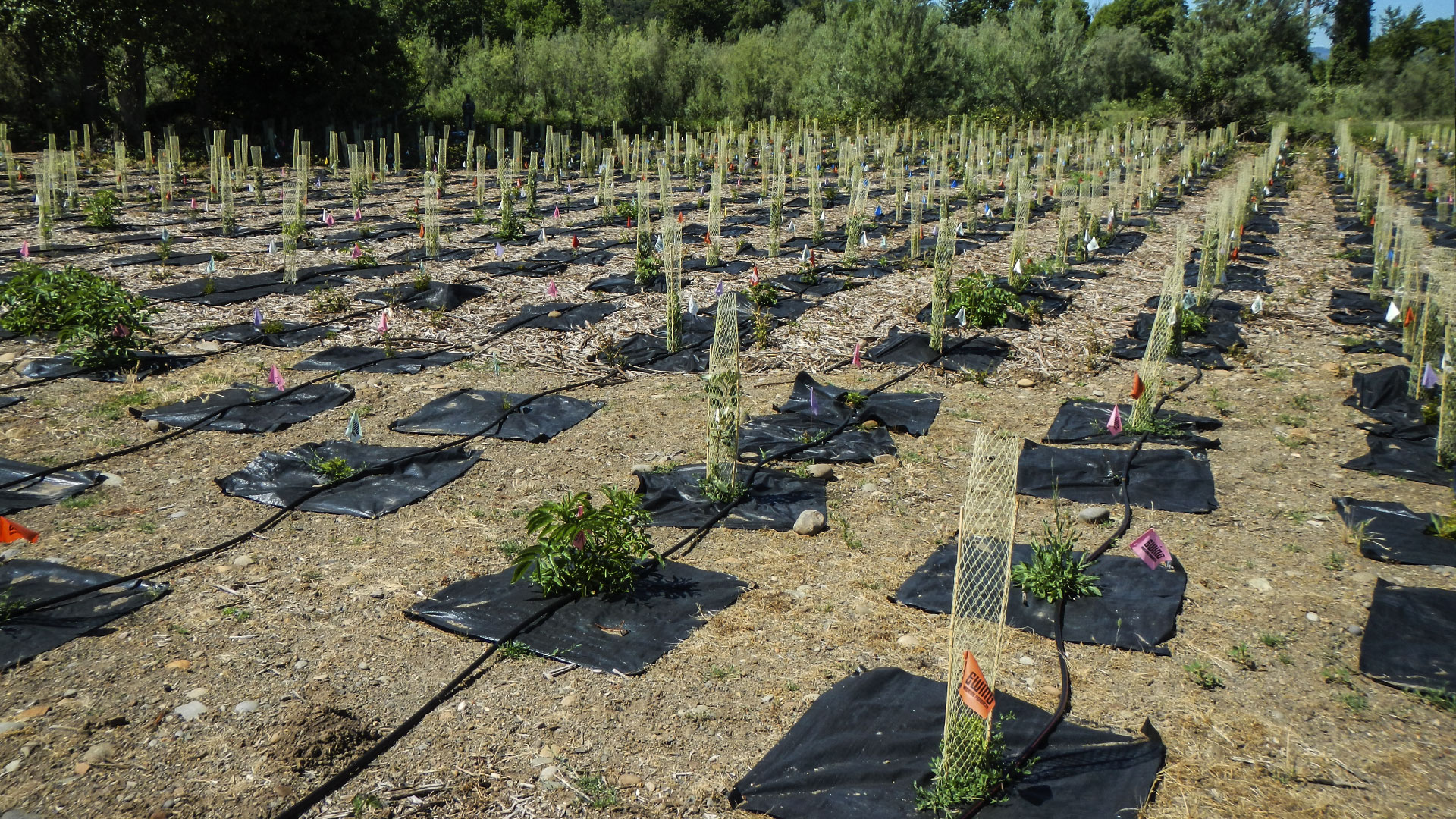 A fish in the salmon family.

Example: Salmon are a classic species for the Pacific Northwest. However, due to loss of habitat, populations have decreased significantly over the past several decades. Thanks to restoration efforts in Oregon’s Sandy River Basin by The Freshwater Trust and the Sandy River Basin Partners, in 2016, spring Chinook counts were up at 40 spawning nests per mile. That’s more than 200% the long-term average. 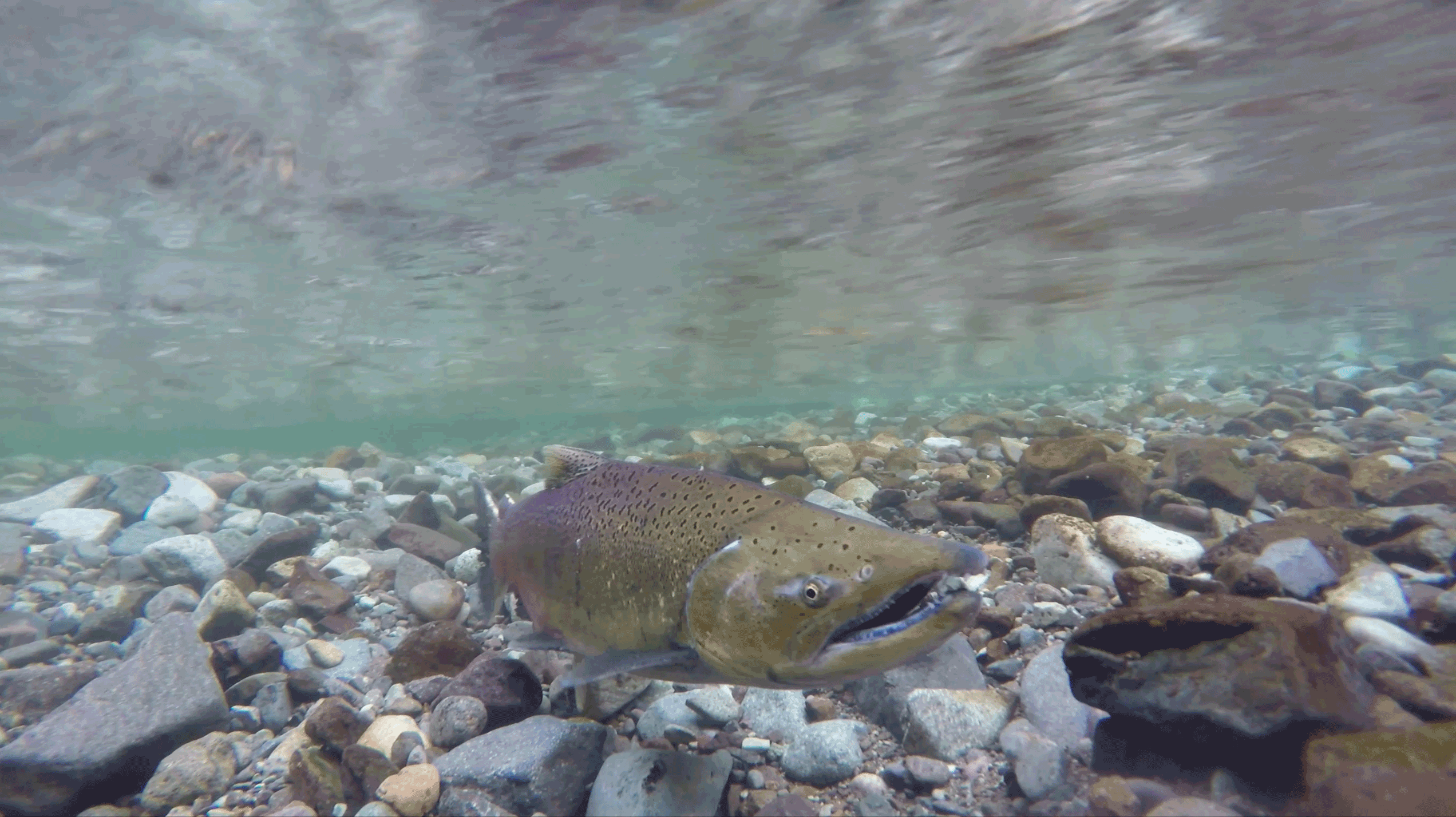 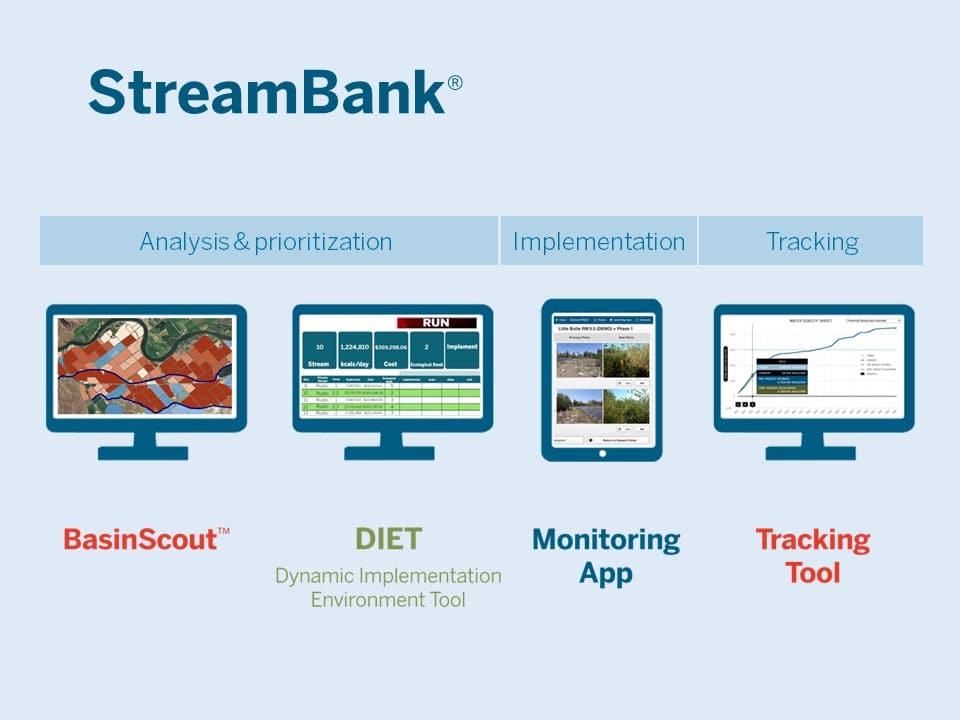 Total Maximum Daily Load. A regulatory term in the Clean Water Act that describes the total amount of pollutants a waterway can receive while meeting water quality standards.

Example: On Neil Creek, a snowmelt-fed tributary of Bear Creek, we have planted native vegetation, installed dozens of large wood structures and fenced out livestock since 2015. In 2017, fish counts had jumped more than 16,000 percent.

An option under the Clean Water Act whereby a regulated entity or point source polluter, such as a wastewater treatment facility, can meet compliance by purchasing credits from pollution reduction actions at another, perhaps dispersed, source.

Example: Our partnership with the City of Medford to plant trees along the Rogue River and its tributaries, instead of building a chiller or cooling tower to mitigate the impacts of its warm water discharge, is one of the first regulator-approved water quality trading programs in the country.

The right to use water from a specific water source, such as a lake, stream or river.

Example: The Freshwater Trust works with landowners who lease their water rights to us for a certain period of time to keep more water in rivers.

The land area that catches and drains water to a particular stream or wetland. This is different from a basin, which is an area of land where all the water in an area drains into a large river. There can be many watersheds within an entire river basin.

Example: The Freshwater Trust works in five major watersheds. These include the Rogue, the Sandy, the John Day, the Lostine and the Sacramento San Joaquin.