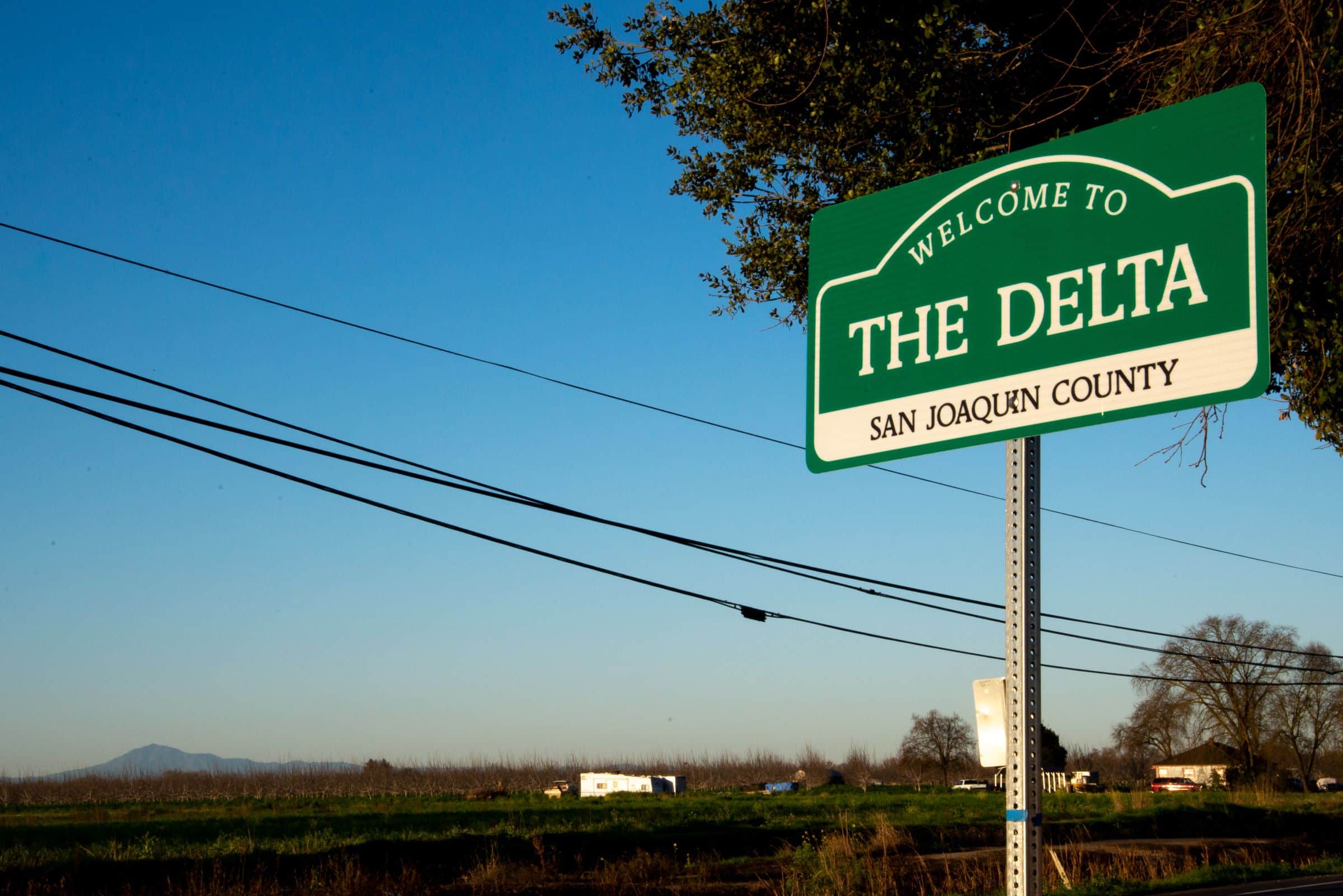 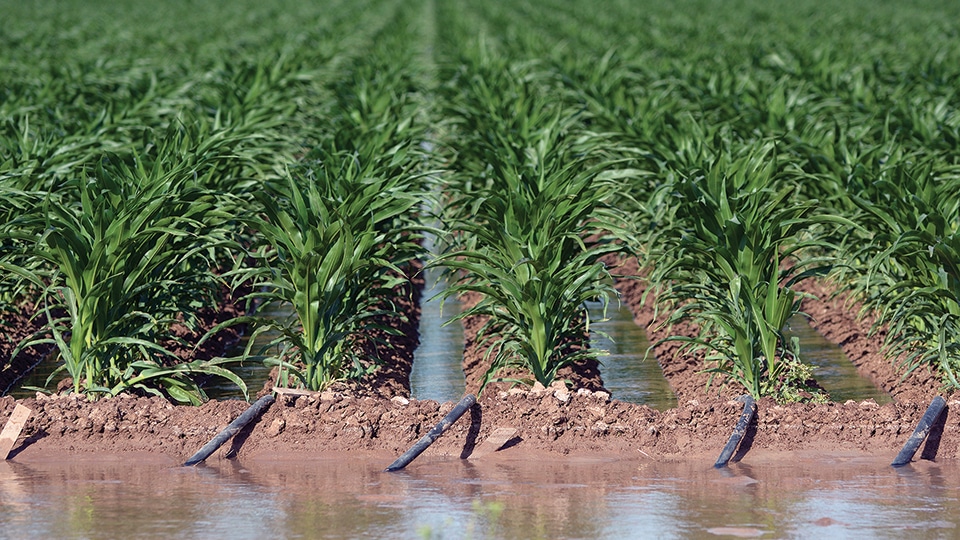 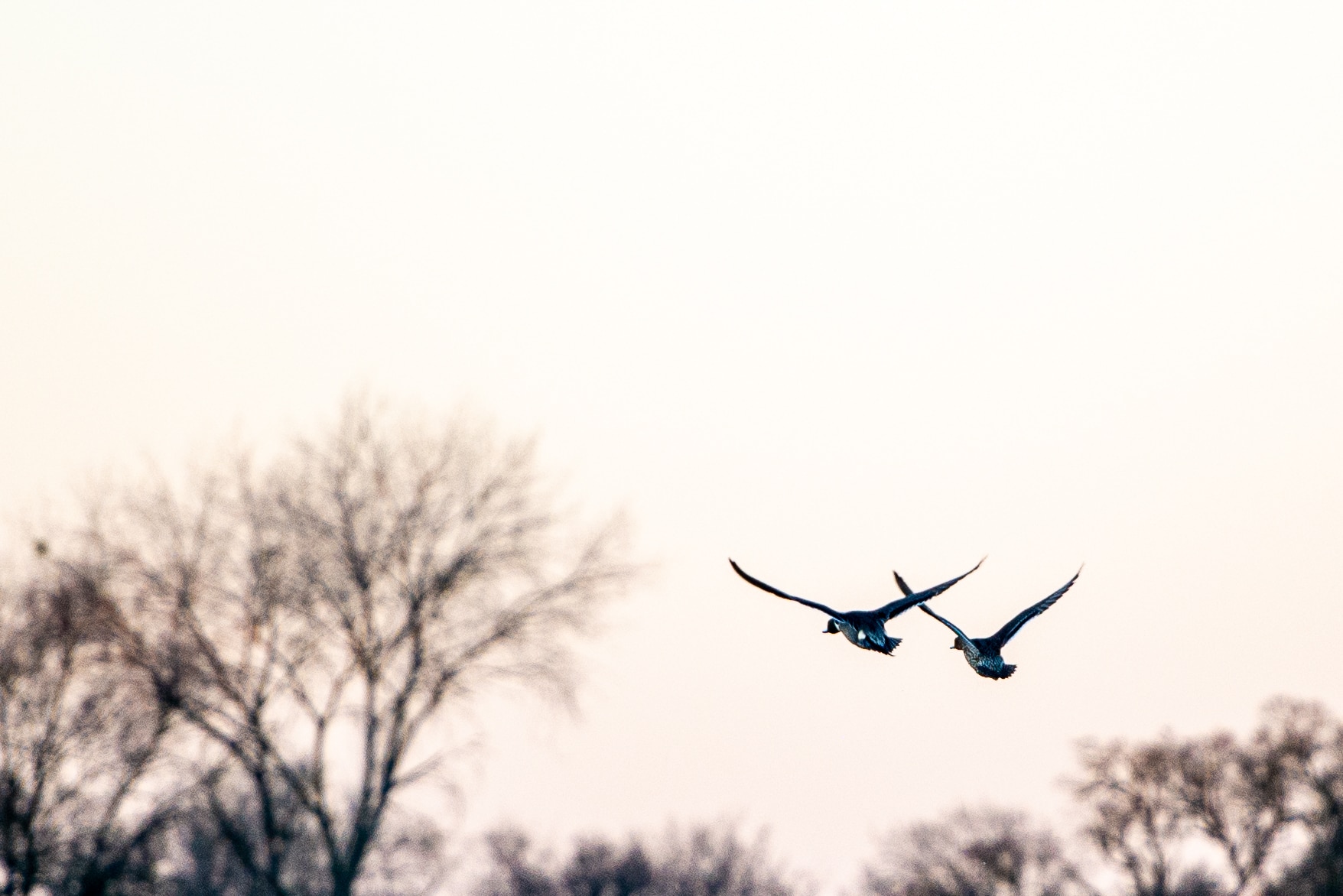 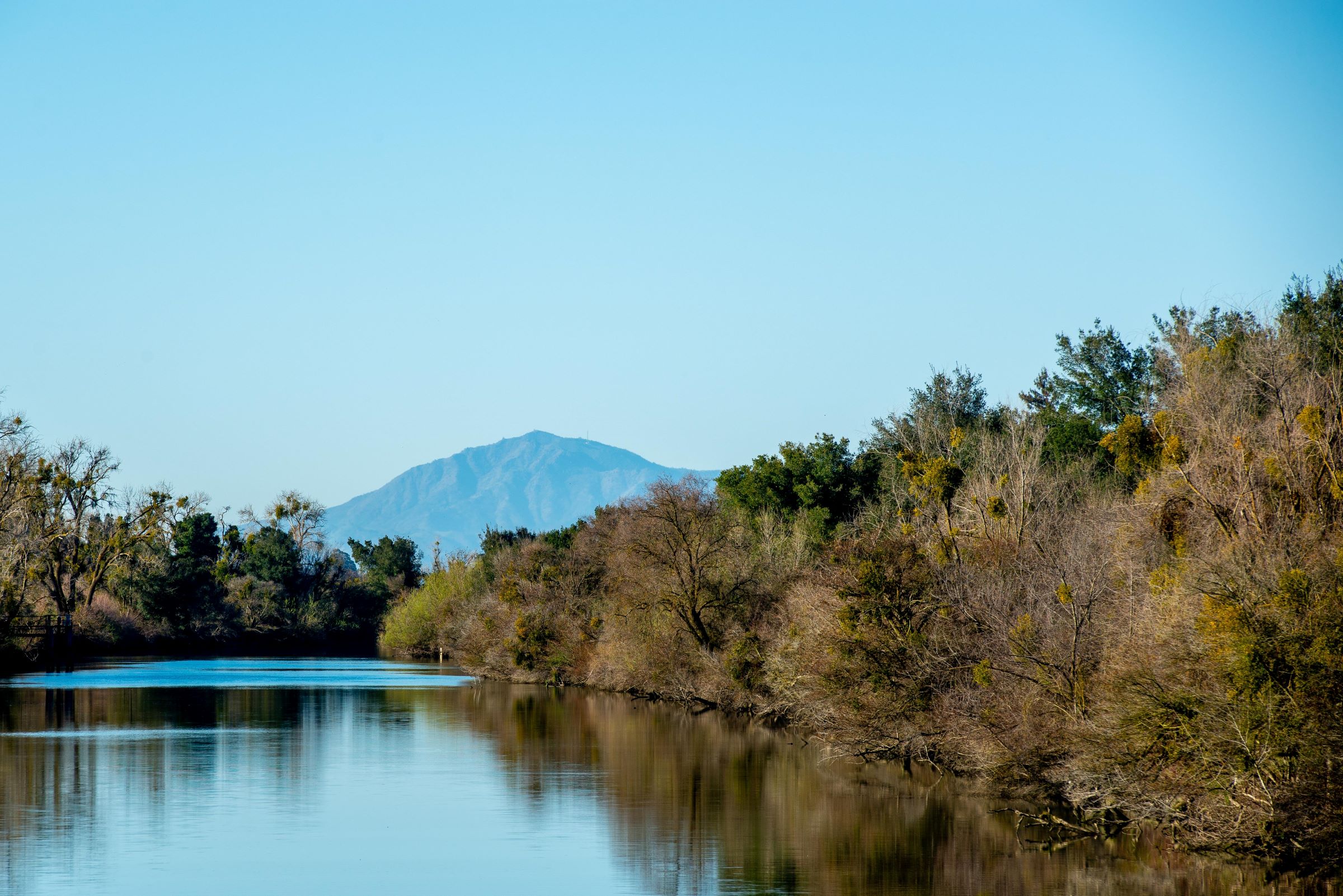 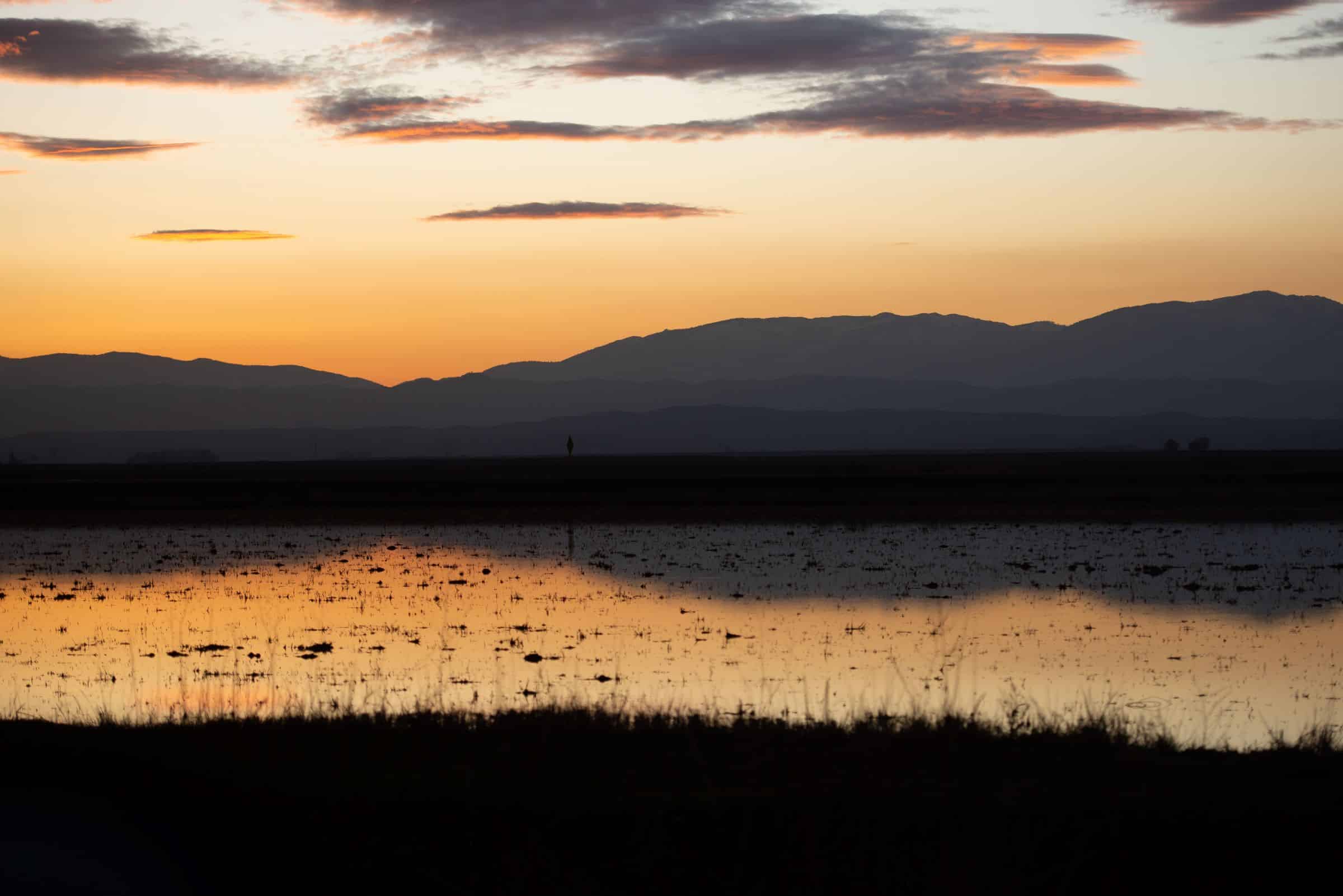 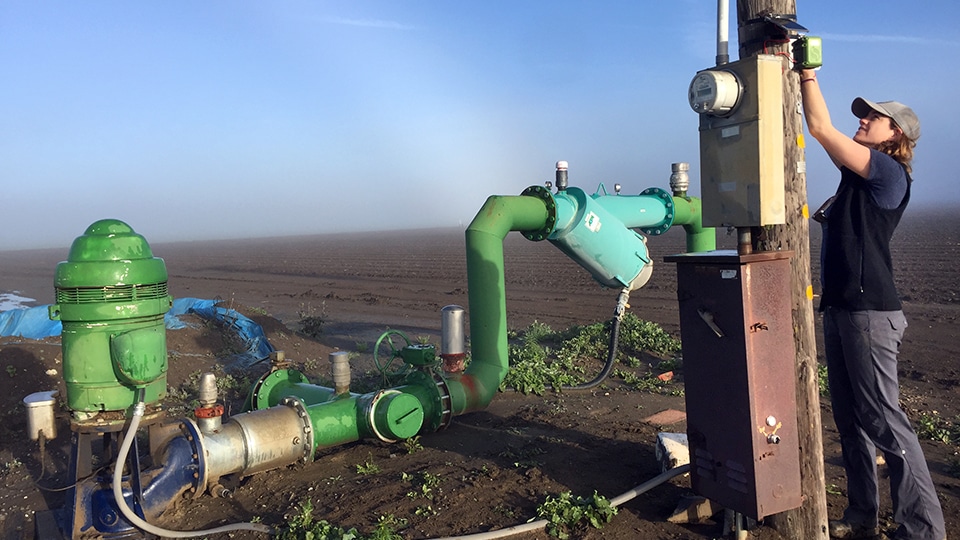 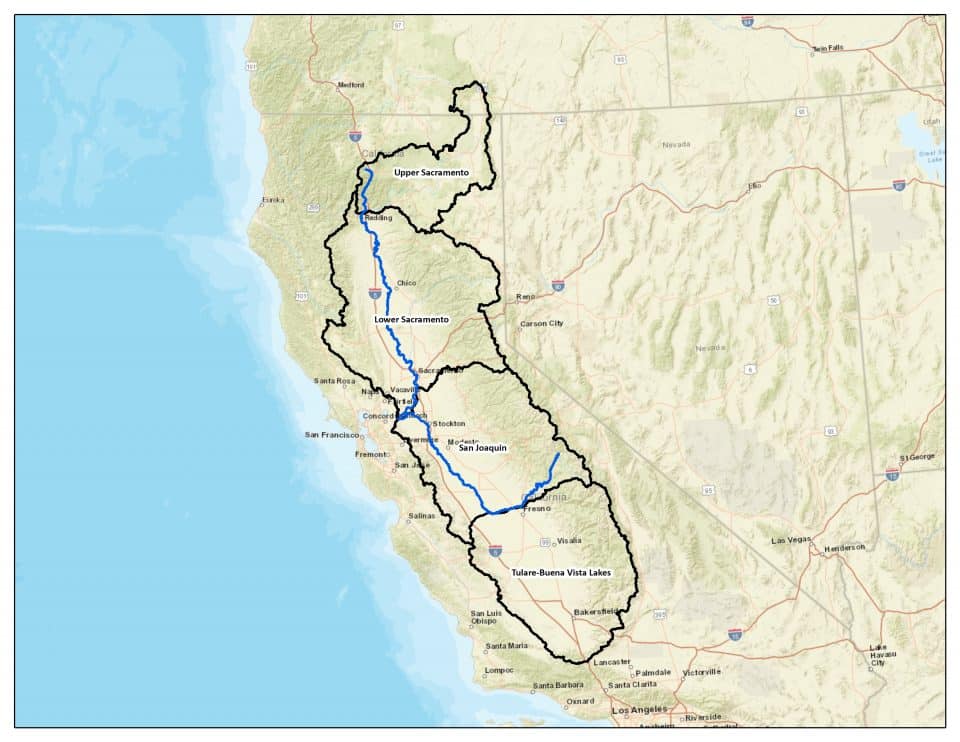 
Head south from Sacramento and soon the buildings and pavement give way to cultivated fields of vegetables, vineyards and orchards. Keep moving into the wilder reaches of the region and riparian oak forests hug riverbanks with long grasses, while wildflowers shake in the wind. What’s visible above-ground is supported by an important underground resource: groundwater. A drop in the groundwater table of 30 feet has jeopardized connected ecosystems — from irrigation wells to wetlands and forests to migrating fish and birds.

The Sacramento-San Joaquin basin is a rich nexus of surface water and groundwater. Underground springs silently fill river reaches. Rainwater finds crevices and slowly seeps through the soil, replenishing underground aquifers. A multitude of plants and animals depend on both sources of water. And certain habitats, such as riparian woodlands and vernal pools (seasonal ponds), have been reduced to five percent or less of their original area due to drought, conversion of land to agricultural and urban uses, and the proliferation of non-native plants.

“Our work in this basin centers on executing the right projects in the right places to put water back underground,” said Erik Ringelberg, California director. “Restoring groundwater to local aquifers has the added effect of raising surface water levels to sustain groundwater-dependent ecosystems. This increases drought resilience for the entire system, benefiting irrigators, at-risk drinking water supplies, and fish and wildlife species alike.”

Key partners include Microsoft and the Sacramento Regional County Sanitation District (Regional San). In 2020, we used our BasinScout® Platform (BSP) to discover cost-effective projects that benefit water quality and quantity in the Sacramento region and support Microsoft’s water positive commitments. Across hundreds of thousands of acres, BSP zeroed in on the few dozen fields where conservation actions have the most impact for the least cost. These efforts facilitated a 2021 agreement with Microsoft to begin direct surface water recharge of 74,000 cubic meters on 20 agricultural acres.

Work with Regional San, which began in 2016, continued on a strong trajectory in 2020 with the planning of land management actions to protect seasonal wetlands, riparian forests, and migratory bird habitat. The goal of Regional San’s Harvest Water program (formerly called South County Ag Program) is to use clean, recycled wastewater to replace groundwater in irrigated agriculture. This will help reverse some of the impacts of groundwater depletion and climate change while helping support groundwater-dependent ecosystems.

Additionally, TFT made noteworthy progress in developing a groundwater use monitoring system that will also serve as a trading platform to enable the transfer of groundwater rights between users. As part of this effort, TFT’s partner, SweetSense, began transmitting groundwater monitoring data to the Swarm satellite network, a novel development that will help facilitate low-cost groundwater monitoring in remote locations. Work also continued throughout the basin on developing Groundwater Sustainability Plans to protect the Delta’s economy, communities, and environment. This involves building trust with surface water irrigators as we refine our models; and creating multilingual outreach materials for underrepresented and vulnerable groundwater communities.

We often describe the Sacramento basin in terms of its agricultural productivity, natural habitats, and as a source of drinking water to major urban centers. These qualities are key in our approach to systems change. Another integral component is financial: the ability to fund large-scale restoration that will have an impact.

“California is the world’s fifth largest economy. The state government prioritizes spending on the environment. And our work with partners to secure state funding has been a driver of our momentum,” said Ringelberg.

To-date, this includes an estimated $600-700M that will be spent by California and Regional San to implement the Harvest Water Program over time. We continue to build the funding scaffolding for future projects around this foundation.

The Freshwater Trust partners with local groups to engage disadvantaged communities in water management
May 11, 2018

Creating watersheds of the future
February 27, 2017 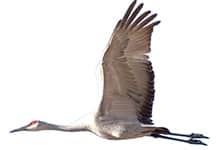 What is a monitoring method under Senate Bill 88?

In 2015 California passed Senate Bill 88, which made it mandatory for those diverting more than 10 acre-feet of surface water per year to accurately measure the amount of water used. In most cases, SB 88 requires meters for surface water diversions. However, in the Northern Delta, it is technically and logistically challenging to meter the diversions. Instead, most people use gravity-fed siphons, which are unpowered pipes that bring water from the rivers that are at higher elevations to the farms on the Delta islands. TFT is a partner in a scientific consortium to find more accurate and cost-effective methods of measuring water use.

How are groundwater and surface water connected?

In many locations, groundwater mixes with water in a river channel through the porous sediment surrounding a river. This is a natural process called hyporheic exchange. Rivers recharge the groundwater and, in some cases, rivers are depleted by declining groundwater. While many streams can naturally "lose" water, it is particularly the over-pumping of groundwater in much of California that has led to stream flows being significantly depleted.

For example, in south Sacramento County, a drop in the groundwater table of 30 feet in one area has jeopardized multiple other surrounding water resources – from irrigation wells to wetlands and forests to rivers that support migrating salmon.

How is TFT working with groundwater users to manage the resource sustainably?

On a broader scale, TFT is developing user-friendly tools that provide information about water savings, the costs to implement savings, and, most importantly, how to add more water through conservation practices such as cover cropping and winter recharge with surface and stormwater.

What is in lieu recharge?

Why is TFT engaging disadvantaged communities in groundwater sustainability efforts?

Groundwater is important to everyone, from farmers growing crops to local communities that rely on groundwater as their source of drinking water. Therefore, regional Groundwater Sustainability Plans (GSPs) need to consider the needs and concerns of all water users. In eastern Solano County, TFT is working with local partners to reach out to disadvantaged communities (where incomes are less than 80% of the state’s median household income) to actively engage them in the decision-making process about the future of the resource.