Board of Directors Profile: Will Neuhauser

He’s always been a software guy and an ambitious entrepreneur. This made him an aligned partner for TFT from the beginning. Will was initially intrigued by our then-harebrained idea that technology could be used in restoration work to accelerate the pace and scale of restoration. He’s stuck with us to watch us grow up over the years. Rest assured, he’s been behind us as we’ve moved one harebrained idea after another to reality.

Where did you grow up?

I was born in Boston and grew up in Iowa City. My parents were both city folks from the East Coast. My dad got a job as a law professor at University of Iowa. My mom was the mayor of the town.

I spent roughly 30 years in the software world. At one point, I got to know some French folks and they started a company in 1987 and I moved to Paris for three years to be a part of that experience; then I came back and started and ran their US operations before joining with a college friend and starting our own software company. I then sold that and started a venture fund and raised 40 million.

How were you first introduced to The Freshwater Trust?

I was introduced to Joe through a mutual friend and we had lunch when he had the early stages of StreamBank. He was interested in getting my take as an entrepreneur and venture capitalist with a strong environmental streak on how The Freshwater Trust (Oregon Trout at the time) could develop the StreamBank technology further. We had lunch every year for a couple years, talking about what he was doing and the progress he was making. I was overcommitted on boards at the time, but when I was going off another board, I gave him the heads up. That was about eight years ago—end of 2010.

What do you tell people about TFT?

I tend to be drawn to people and organizations who think outside the box and who reinvent the way things are done. The Freshwater Trust is an example of that kind of mindset. It’s true that collectively we are doing all kinds of good environmental work, but we are also moving too slowly and we need to find ways to increase the scale of work being accomplished and to be more efficient at it.

What was your first realization about the problems we were facing with water?

I was in Oregon when the salmon fisheries truly collapsed. Seeing how rapidly that happened really changed things for me. I realized that can happen anywhere to any system if we are not proper stewards of the environment. To me it felt like in the space of just a couple years we went from salmon being an integral part of life in Oregon to being of only historical interest and recovery efforts.

The collapse happened so fast that commercial salmon fishing largely disappeared before you could do much about it. You didn’t really have a chance to have a trade-off or to have a better balance between competing economic interests in the use and allocation of water, estuaries and streamsides. 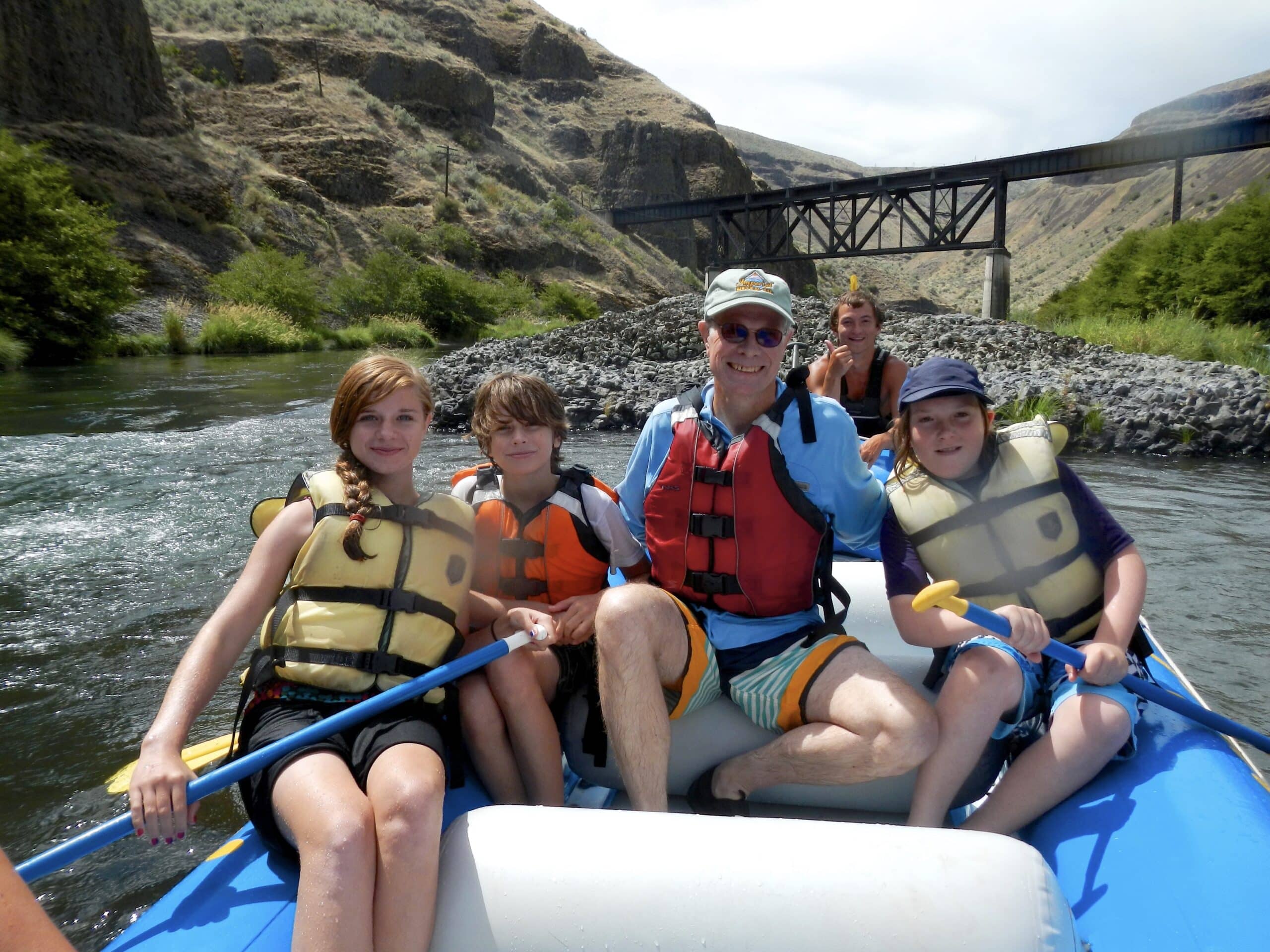 Will & family rafting the Deschutes River

What are the other issues you invest in or care about?

Healthcare for underserved communities. Having your health in good condition is absolutely fundamental to live and enjoy life. Take dental health, for example. You never see the problem day to day until you have enough toothaches. When you have one of those, it makes all of life and working difficult.

What is your earliest childhood memory?

Digging a snow fort in our house in Cambridge, Massachusetts.

The original Blade Runner. I don’t even know how many times I’ve seen it.

Where are you traveling this summer?

I am going to Serbia in June, where my daughter is working as an intern at a nonviolent conflict resolution center. 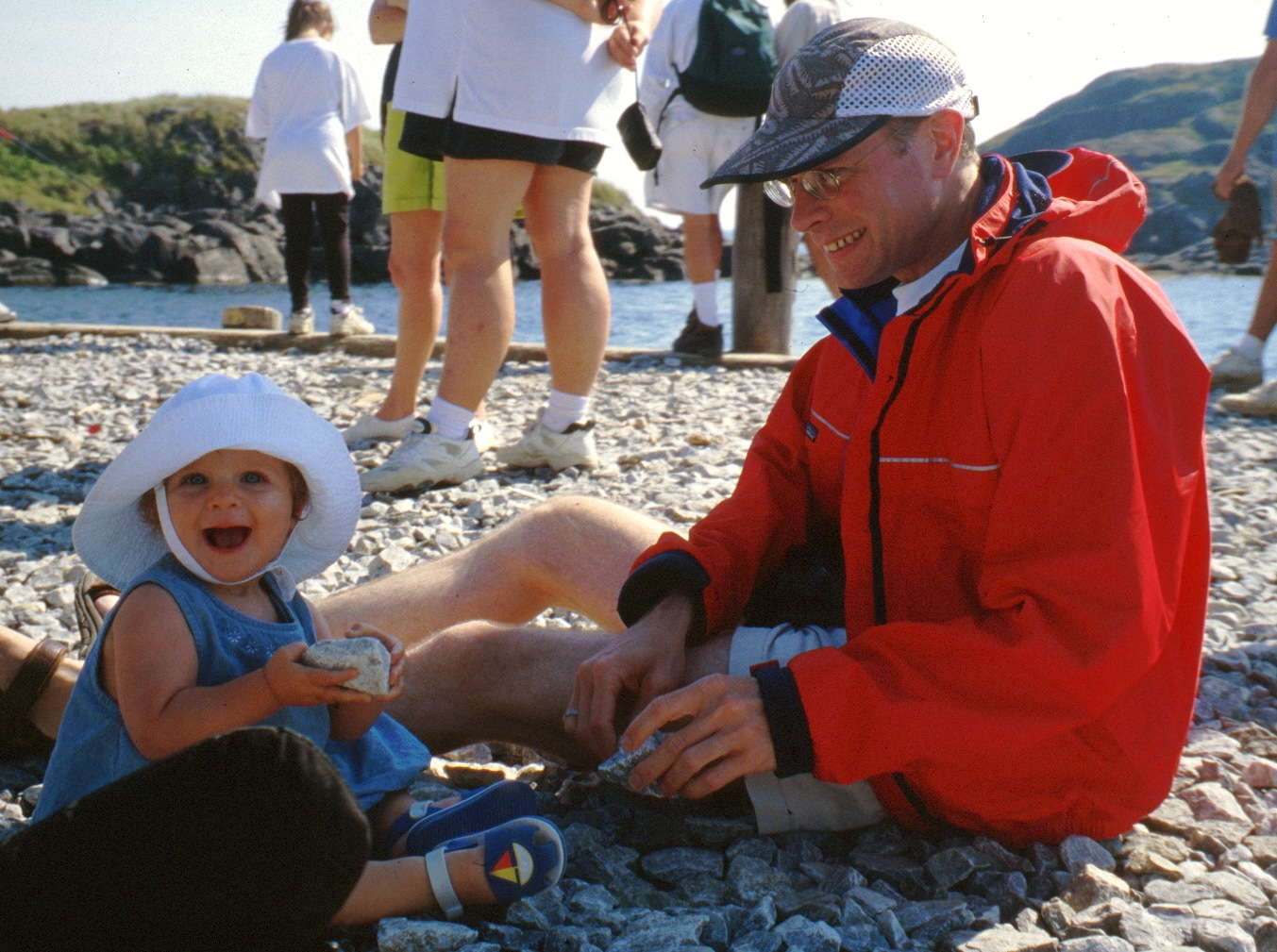 Will and his daughter on a sailing trip, years ago

Favorite way to get outdoors?

One of my favorite places in the world is Smith Rock State Park. I used to do a bit of rock climbing. But today, most of my exercise is doing parkour at the gym. Four and half years ago, my son and I had been doing a lot of gym bouldering and he wanted to try something different. I found Revolution Parkour in Beaverton and, after about a month, I asked him if I could join his classes, too, and I’ve been at it ever since! 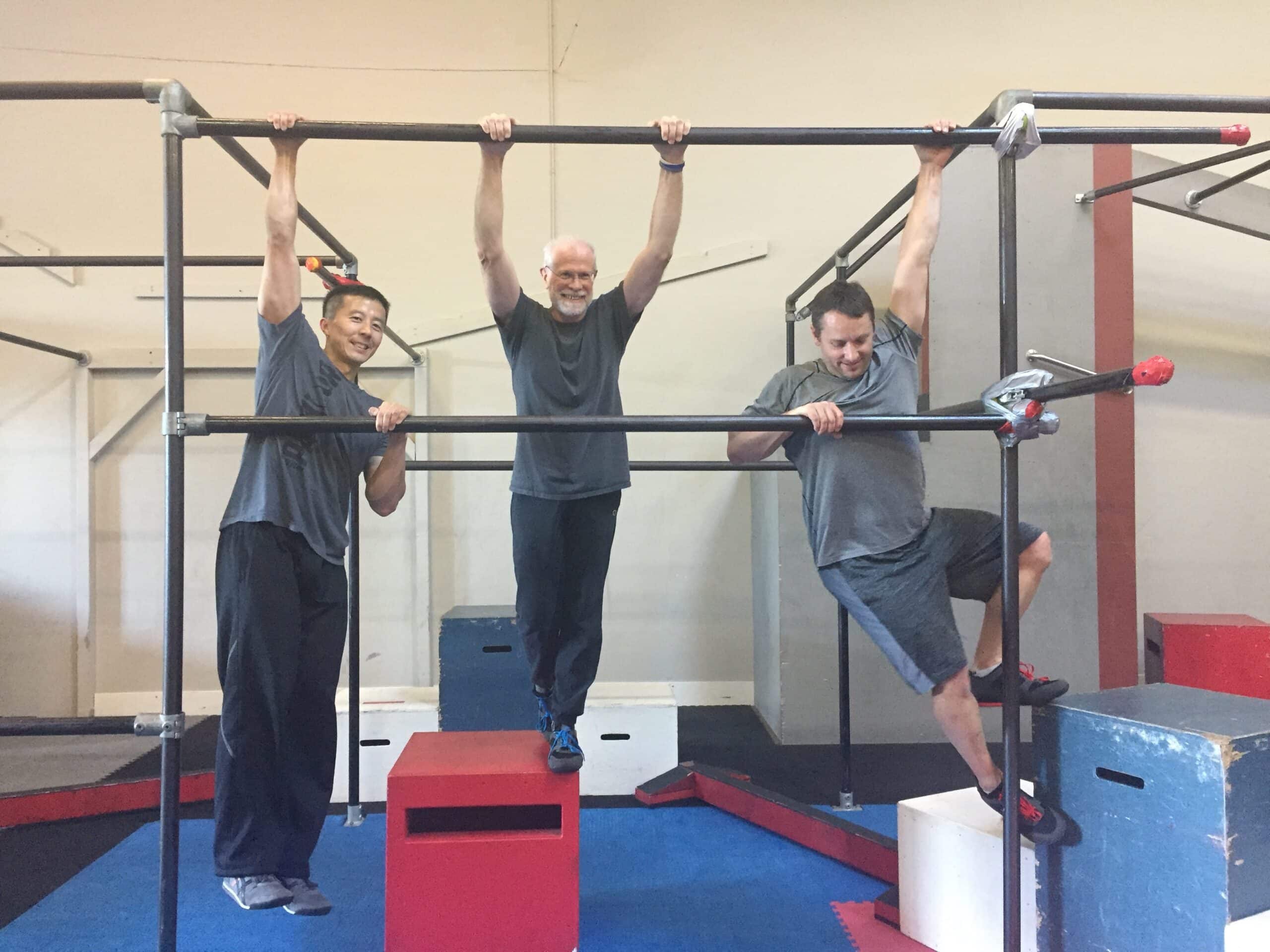 Will (center) practicing at his parkour gym