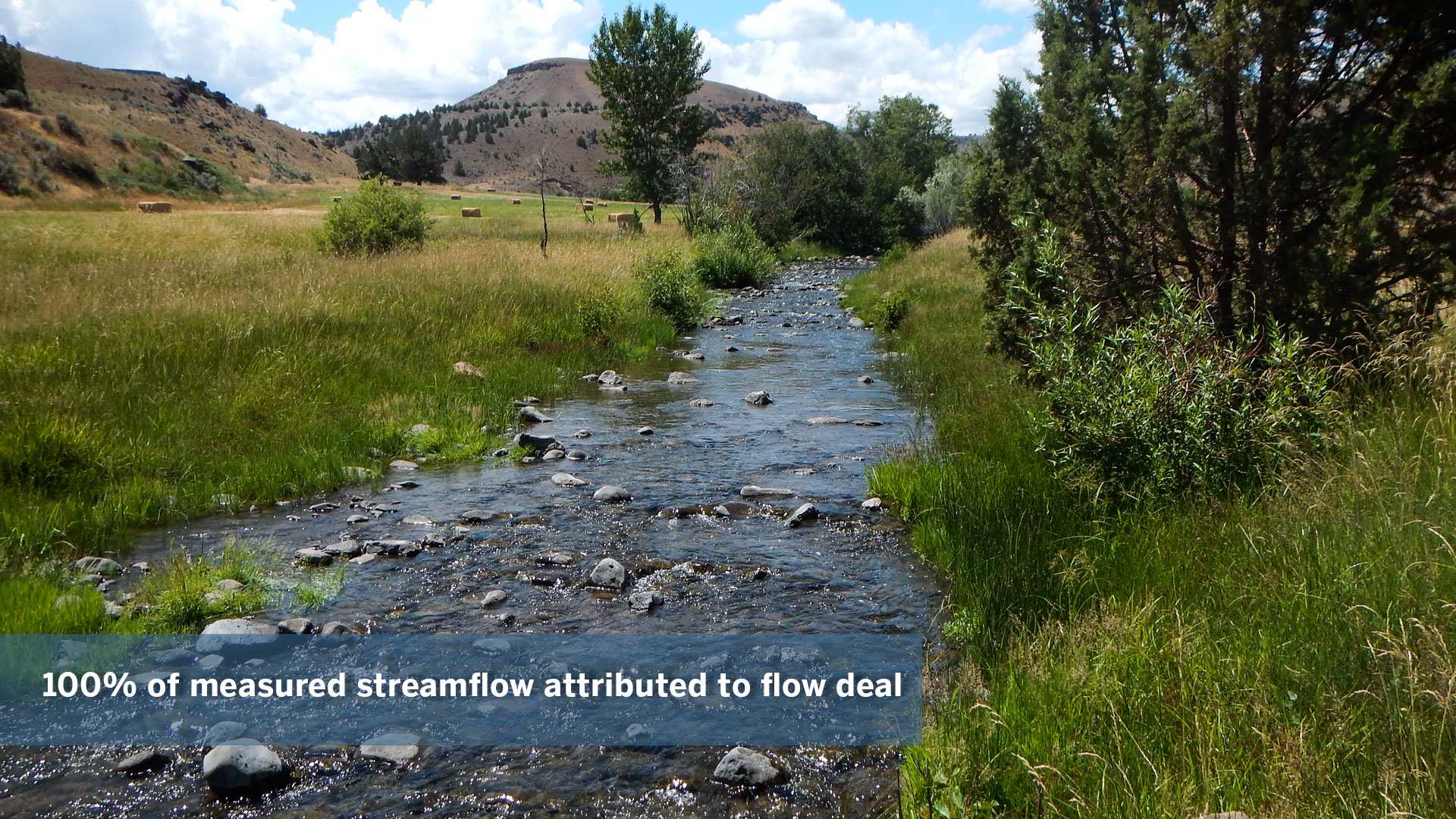 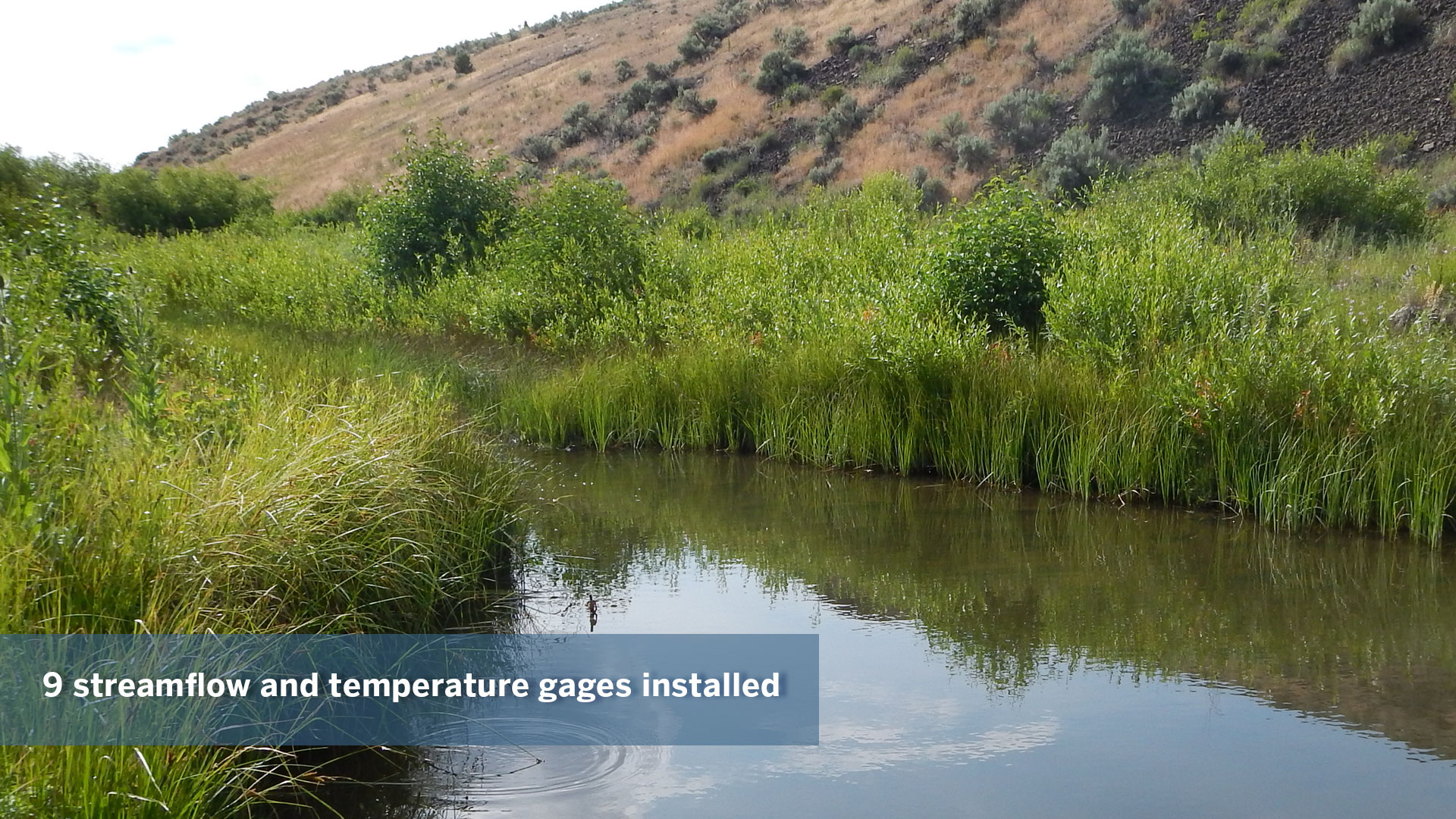 Rock Creek is located in Central Oregon’s Upper John Day Basin. Hot, dry summers and irrigation withdrawals have led to excessively high water temperatures during summer months. Since it is home to federally threatened Mid-Columbia summer steelhead, the creek has been identified by state and federal agencies as a high-priority for flow restoration.

In 2015, we partnered with Antone Ranch, a 37,000-acre ranch along Rock Creek, on a significant flow restoration agreement. Through a water-use agreement that combines full-season shutoffs – no irrigation for the entire season – and split-season shutoffs – irrigation ceases in July – the brokered deal reduced irrigation on roughly two-thirds of the ranch’s 1,100 acres of irrigable land.

The Freshwater Trust operated nine streamflow and water temperature gages in the Rock Creek watershed for two irrigation seasons. The data provided empirical evidence of temperature reductions due to instream flow increases from the water-use agreement. This methodical approach to conservation is known as Quantified Conservation: a method of using data and technology to ensure that every restoration action has a positive environmental outcome.

We also used the Water Temperature Transaction Tool (W3T) to model temperature improvements. W3T uses river and landscape characteristics to estimate hourly solar radiation and overall heat loss or gain from the water. W3T also incorporates the measured streamflow and temperature inputs, along with meteorological and riparian vegetation information. From these inputs, W3T calculates temperature changes in a river reach.

Further methods of quantification are being added. A multi-year study was initiated to evaluate the impacts of improved flow conditions on macroinvertebrates. Additionally, the regional fisheries biologist will conduct biennial juvenile steelhead surveys to quantify the increased rearing capacity of the stream as a result of this flow transaction.

The Rock Creek project is part of the Columbia Basin Water Transactions Program. Quantified results from this project can be viewed on The Freshwater Trust’s interactive Uplift Tool.